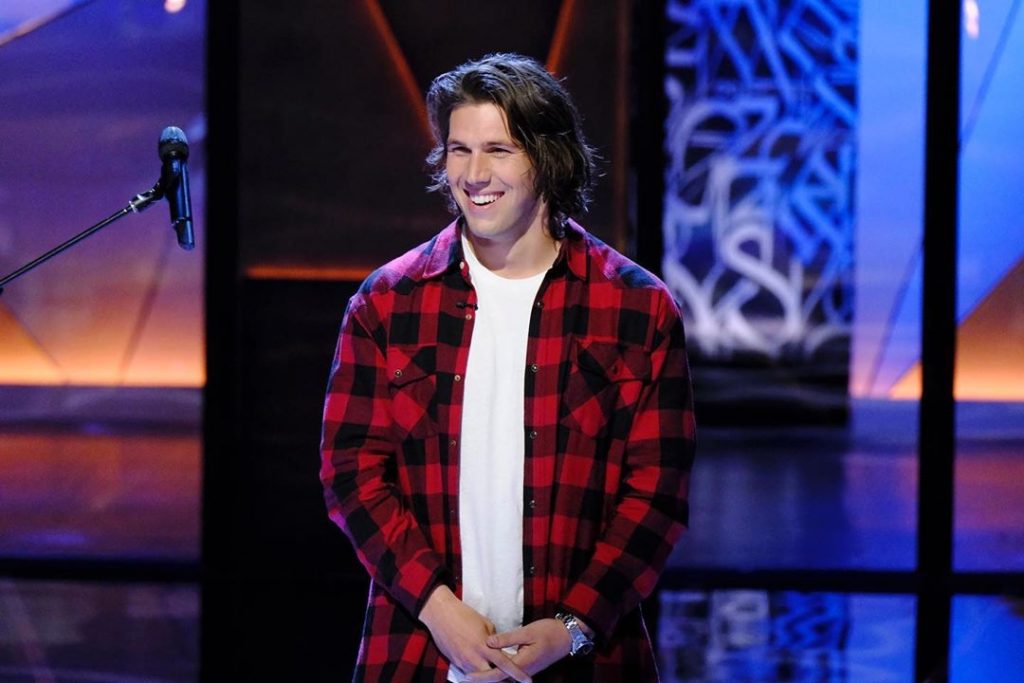 Angry Mob Artist Jake Scott recently appeared as a contestant on NBC’s Songland. The episode aired 8/21 & featured the country rock band Old Dominion. Jake pitched a song he wrote titled “Is This Love” & was met with positive feedback by both the judges & band members.

He then collaborated with one of show’s judges, Ester Dean, throughout the episode to revise parts of the song; the final product was true songwriting gold.  Jake said of the experience, “To be here at Songland, the idea that the curtain gets pulled back for this whole world of how songs are created is so exciting. Its such an interactive process, if I get to work with one of my heroes & one of these producers, its amazing”.

You can catch the entire episode of  NBC’s Songland with Jake Scott here:https://www.nbc.com/songland/video/old-dominionjeep/4005981