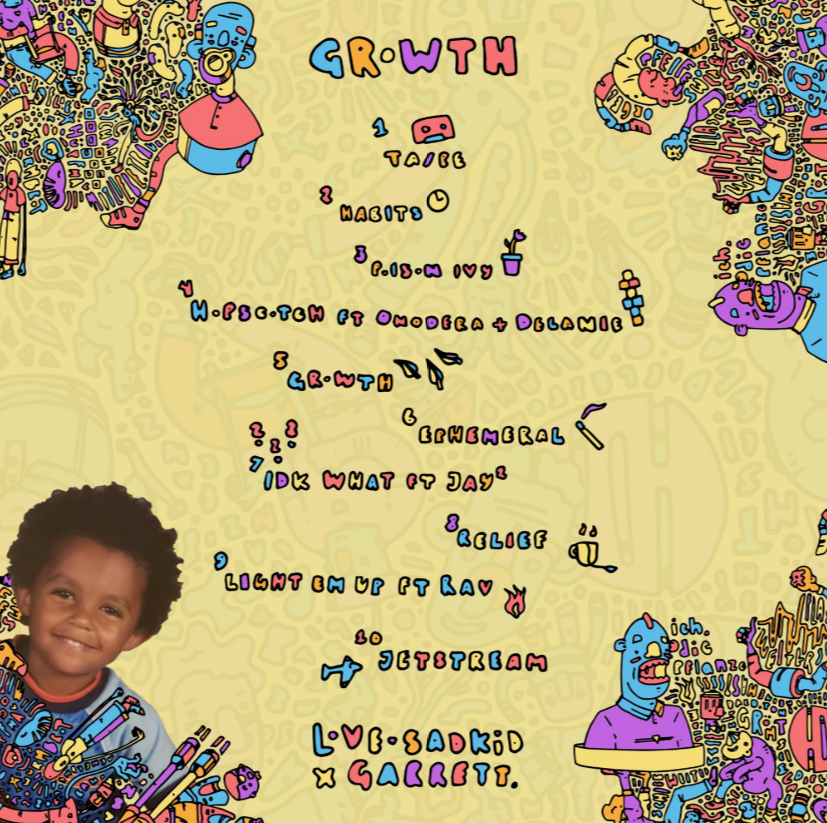 tter known as hip-hop artist Love-sadKID, officially released their first full-length album. LSK has been busy for months writing and releasing new material for fans this year. Beginning in January with the popular single “Ready” from the upcoming four-song EP ‘Playground’ that was released later that same month. The creativity kept flowing after the release of ‘Playground’ followed by countless hours of studio sessions and intense writing collaborations with long time co-writer and producer, Garret Owens, that would help build enough material for a full-length album.

Just weeks after celebrating their 18th birthday, the first LP album “Growth” was released. Days before the anticipated album drop, LSK posted this on Instagram, “I’ve been working on it (Growth) heavily for the past 5-6 months with Garret Owens, and I got a few HUGE inspirations of mine on it! I can’t wait to show you all my artistic improvement and REALLY start off an amazing year of music.” The album is ten songs in length and features collaborations with artists such as rapper Onodera, LA based female R&B singer/songwriter Delanie, Detroit based alt-hip hop artist Jay Squared and Soviet born rapper Rav.

Listen to “Growth” by Love-sadKID: