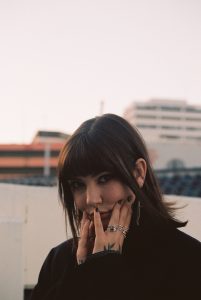 Angry Mob Music and LA based artist, KiNG MALA, have agreed to a worldwide administrative deal. KiNG MALA is the moniker of El Paso born, Los Angeles based alternative soul artist Areli Castro. Touching on themes such as lust, recklessness and badass femininity, KiNG MALA isn’t afraid to spill her guts. Setting out with the intention to create brave and unapologetic music, the bold and brazen artist is delivering her own distinct sound, just the way she wants it.

She released her debut EP, Gemini, in 2020 which featured the popular singles, “If I Try To Find You” and “Homebody”. The album has already blown past half a million streams on Spotify and she’s amassed over 12k monthly listeners. She also has a massive social media presence with over tens of thousands of followers on Tik Tok, Instagram and Facebook.  Her songs have appeared on popular Spotify and Apple Music playlists such as: Salt, Study Break, and Fresh Finds: Pop.

KiNG MALA uses darker themes, turning them into lighter toned songs and taking some of the weight off of the troubles of life. Many have compared her musical style and lyricism to dark pop icon, Billie Eilish. Under the terms of the deal, AMM will provide worldwide publishing and master administration services.