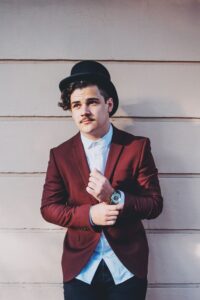 Angry Mob Music has entered into an exclusive worldwide administrative deal with Australian electronic artist, Just A Gent. Under the terms of the deal, Angry Mob will provide worldwide publishing and master administration services. Just A Gent is the moniker of Australian based electronic music producer Jacob Grant. A self taught, electronic music prodigy, Jacob landed a set at the Listen Out festival at the tender age of 16, which kicked off a career-shaping couple of years that saw him remixing artists like Alison Wonderland, Peking Duk and ZHU.

Since then he’s amassed a huge following with his impressive catalog of original works and signature remixes that took Australian radio by storm, having several hit records on high rotation with over 300 million streams to his credit. One of Australia’s most consistently great electronic producers,

“We’re obviously thrilled for the opportunity to work with Just A Gent’s catalog, and equally excited to explore prospective collaborations with Jacob as part of our admin+ music services offering,” notes Sean Harrison, Angry Mob Music Group co-founder and creative director. Angry Mob’s new signing, Harrison continues, “is an exciting entrée into the EDM market as we look to expand and diversify our creative roster.” Adds Marc Caruso, CEO of Angry Mob: “He is such a diverse artist and producer that continues to build upon each success, and we’re thrilled to support him and be a part of his next chapter.”
Copyright 2021 | Angry Mob Music LLC | All Rights Reserved
Back To Top