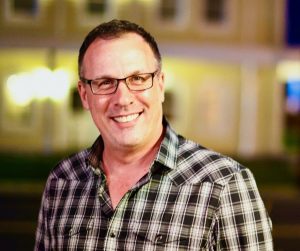 Walk us through a day in your life.

I’ve never known how to answer this question. Not sure it’s possible. Does anyone have just one favorite artist? For me it depends on my mood at any given moment. Sometimes my fav artist is Johnny Cash or Stevie Wonder. Other times it’s a run-on sentence of Tom Petty, The Bee Gees, Billie Eilish, The Weeknd, Fleetwood Mac, Bill Withers or Sofi Tukker.

What was the first concert you ever went to?

The US Festival ’82 (Los Angeles). It was the first big multi-day concert I’d ever been to. It was a three day event and everyone just slept in their cars. It was nuts. I was a teenager so there were lots of drugs, some of which are legal today. It was 110 degrees and I remember they were cooling off the crowd with water canons while the Ramones were playing. Every band that played was a headliner. The Police, Talking Heads, Tom Petty, The B52’s, Fleetwood Mac, Santana, to name a few. Sting’s bass was so loud it was rumbling the dirt on the ground a 100 yards from the stage. There were 400,000 in attendance and only 36 arrests. Pretty impressive. The concert lost $12 million in revenue, yet they decided to do another one nine months later. One was enough for me.

Do you have any passions?

Telling people to pull up their masks at grocery stores.

A good show or movie to recommend?

Do yourself a favor and watch the The Queen’s Gambit on Netflix. It’s brilliant! And Carlos Rafael Rivera’s score is absolute perfection.

Singer-songwriter Jake Scott’s new single “If You Wanted It Too,” released November 20, was featured in Spotify’s New Music Friday and Apple Music’s New In Pop! 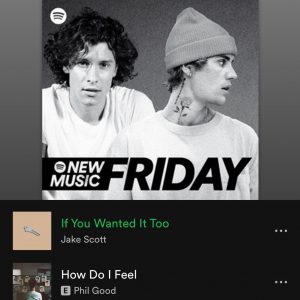 MIKNNA recently released their latest single titled “Mission”, along with a short music video addressed to their fans.