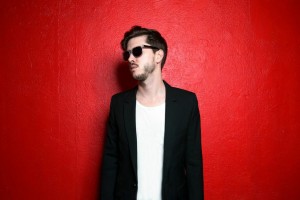 Ben Browning is a singer and songwriter who has been a long time member of Cut Copy. His self-produced debut solo album Turns was released on Yellow Year Records and was met with critical praise from the likes of Pitchfork, Stereogum, and the New York Times. His own work contains electronic elements and draws melodically from heroes Brian Wilson and Paul McCartney. The album was recorded in Melbourne and Washington DC where Browning now resides.

“The tempo, lyrics, album and track titles — everything about Turns signifies a turning point for Browning,” writes Consequence of Sound. His work is a FM synthesis of colorful influences including early techno pioneers YMO and current Scandinavian artists Lindstrøm and Todd Terje.

Browning has also been seen DJing alongside current disco acts like Holy Ghost! and the Juan MacLean.