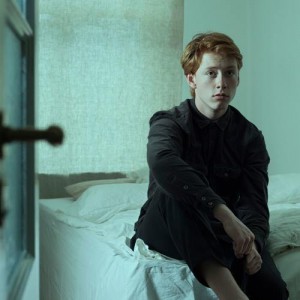 Having previously produced the likes of Royksopp Datarock and Kings of Convience, the beautiful city of Bergen in Norway is blossoming once again. With AURORA going down a storm across Europe right now, it seems dePresno is likely to follow in her footsteps.

dePresno is a name that derives from Spain, the singer/songwriter dePresno is only 7% Spanish. He is born and raised in Bergen. For his fourth birthday, dePresno received a guitar from his parents. After getting a lot of musical influence from them in the form of Cohen, Dylan and Bob Marley, he picked up the guitar. At 17 year old dePresno receives a new gift. His brother spent his savings to give him a day in a recording studio.  The producer jumped to the roof and scheduled a meeting with MADE management. From then on he kept recording and his first song, “Forever”, was released in May earlier this year. The second single released by the young musician, “Stranger in Disguise”, was released late October. Unlike the sparse fluidities that make up the soundscape for “Forever”, this latest offering retains an arrangement that encompasses a grand and frankly beautiful composition. Subtly placed electronics are polished off with a set of grand percussive flourishes as a spectacularly soft and pleasant piano progression gives the track its lush aesthetic. Introduce dePresno’s crisp delivery, and you’ve got yourself something quite special. His voice floats across the instrumentation, ranging from warming tones to higher flurries of falsetto in the chorus that only strengthens the overall effect.