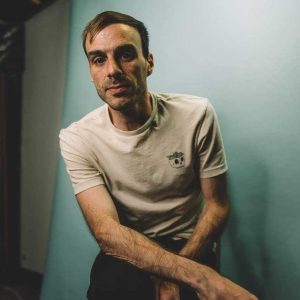 Songwriter/producer, Joe Pepe started 2022 off well when he received word that the new Iann Dior song “thought it was”, which Pepe co-wrote and produced, was going to be the lead single off Dior’s new album On To Better Things. Dior, the 22-yr old emo-rap superstar, has notoriously swept the genre by storm the last few years, being compared to the late great emo-rapper, Juice WRLD and has amassed millions of Gen Z and Millennial followers on social media.

The song, which features Travis Barker and Machine Gun Kelly, quickly climbed it’s way up the charts reaching #4 on Spotify’s Top Songs Debut Global and was streamed over 4million times just within the first week of its release. On release day Pepe commented on social media, “I co-produced & co-wrote “thought it was” by iann dior featuring Travis Barker and Machine Gun Kelly!! That sentence doesn’t feel real.”

Growing up, Pepe was a huge fan of the pop-punk genre, citing bands like Blink 182 among his biggest influences. Blink 182’s infamous drummer, Travis Barker, is also a co-writer and featured artist on “thought it was”. Pepe added, “My publisher Angry Mob Music, Ralph Torrefranca (A&R) and Marc Caruso (CEO), have been a dream handling this all and their dedication to the song has been incredible.” With the early success of “thought it was”,  Pepe has put his stamp on the major music scene and continues to work diligently on crafting his sound for future releases.