LA-Based artist, producer, and writer, Joey Verskotzi has signed an exclusive Songwriter/Co-Publishing Deal with Angry Mob Music. The deal includes recent and future releases including his recent debut album, No. 90.

Joey has been known for his diverse electro-pop sound, and has received praise from The Fader, We Found New Music, All Things Go, and mentions in publications such as Rolling Stones and The Guardian. He has had success in placements with Chevy, NBC, Volvo, MTV, and many more. Currently, Joey is writing and producing in Los Angeles, Nashville, Toronto, the UK, and New York City.

“We are so happy to work with such a diverse and exciting talent in Joey” says Marc Caruso, CEO of Angry Mob. “Joey brings so much to the table: songwriter, producer, musician, recording artist. Besides being a genuine and authentic human being, he has a drive and work ethic that we truly admire. We look forward to supporting Joey in achieving the great success we know he is destined for.”

Ralph Torrefranca, Director of A&R of Angry Mob mentioned, “Joey brings his unique production style and songwriting that really sets his approach apart from most producers. Always a constant professional and truly a great collaborator in any room, I’m ecstatic to welcome Joey to the Angry Mob Family!” 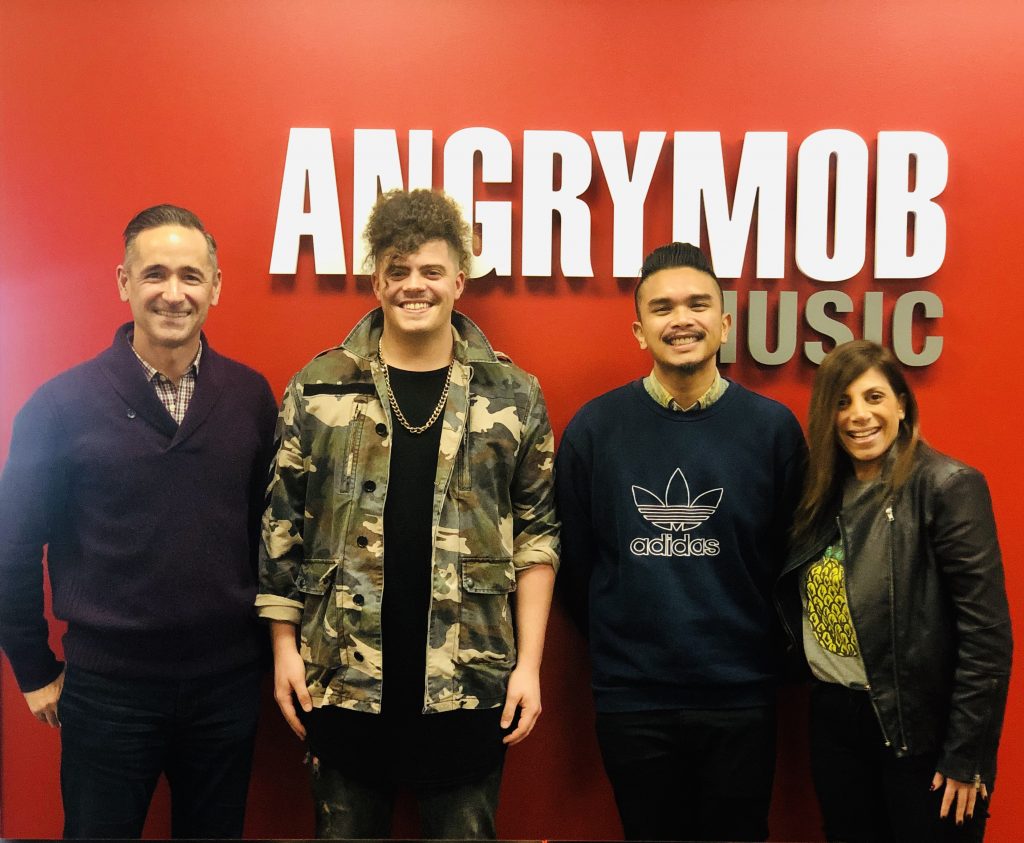