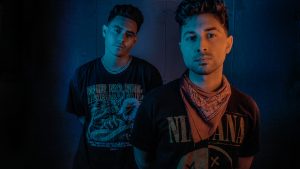 Comprised of Joe Murphy and Mark Altamuro, Kicking Sunrise released their first single in 2015, “Here’s to the Sunrise.” The song caught the attention of CBS3 Philadelphia, which lead them to become CBS3’s official house band. The station adopted the track as the theme song for their morning show, “CBS3 Mornings.”

Throughout the years, Kicking Sunrise has shared the stage with multi-platinum recording artists such as O-Town, Aaron Carter, and Tyler Hilton. Kicking Sunrise has performed hundreds of shows that have featured both cover and original music.  Today the band is writing, recording, and releasing alternative pop songs, all while touring throughout the East Coast. Kicking Sunrise is represented by Right Coast Music, a management company focused on the development of artists. Angry Mob Music is Right Coast Music’s publishing administrator.