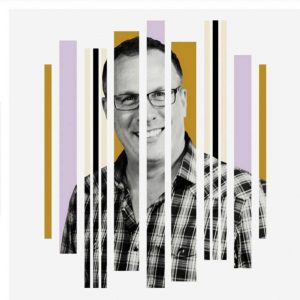 Sean Harrison is co-founder and senior creative director of synch advertising at Angry Mob Music, supervising the music catalog and custom music for trailers, promos and other audio-visual markets.

Sean started his career alongside composers Hans Zimmer, Harry Gregson-Williams, and John Powell. This is also where he would meet his future business partner in Angry Mob, Marc Caruso. Between then and starting the Mob, Sean’s focus was on working with branding clients including Jeep, LG Electronics, Red Bull, Toyota and the NFL, and most recently producing original music for film and television campaigns for several Marvel franchises as well as major releases from Disney, Sony, DreamWorks, Warner Bros. and Paramount.

Since co-founding Angry Mob, Sean’s responsibilities have evolved with the company’s growth, but one thing has remained consistent: his love of producing powerful, emotionally-engaging music.

Clio caught up with Sean for their Liner Notes series to learn more about his musical tastes and journey through the years, as well as recent work he’s proud of and admired.