August 18th, 2022 – the Guild Of Music Supervisors celebrated this years Emmy nominations by honoring the music supervisors up for “Outstanding Music Supervision”. Members of the Angry Mob sync team were there to show their support to all of the incredible music supervisors up for the award including: Gabe Hilfer: Ozark; Nora Felder: Stranger Things; Jen Malone: Euphoria; Janet Lopez: The White Lotus; Robyn Urdang: The Marvelous Ms. Maisel; Thomas Golubić: Better Call Saul.

Music supervision was just recently included in the Emmy awards categories to recognize all the hard work, effort and dedication these individuals put forth to help create the vision of the director, producers and showrunners by pairing the right type of music to visual media i.e. TV, Film, commercials, video games, etc. Their work goes far beyond just finding the right song for the scene but also extends to thorough research of rights holders and clearance. Their work is highly demanding and widely recognized in the music industry as invaluable which is why we proudly honor this years Emmy nominees and all the music supervisors throughout the industry. 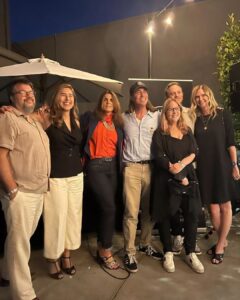 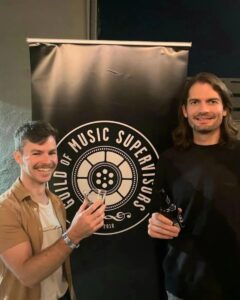