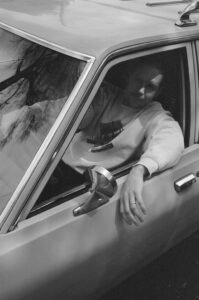 Clark Abbott is a songwriter and guitarist from the San Francisco Bay Area with a unique ability to write in a variety of styles from jazz to pop. In 2012, he moved to L.A. where he studied at the world-renowned Guitar Institute of Technology (GIT) in Hollywood, CA.

During that time, he began writing with his good friend and fellow Angry Mob affiliate Dexter Cabellon, who goes by the artist name Shaunt.wav. Their song “Soul Hold” appeared on the mid-season finale for the CW show “All American” in 2021.

He is a past member of the West Coast Songwriters Association (WCS) and a lifetime member of the Bay Area Blues Society where he still goes by the nickname “Superman” for his expertise on the guitar. He and his wife currently reside in Philadelphia, Pennsylvania.

Listen to some of Clark Abbott’s songs here: