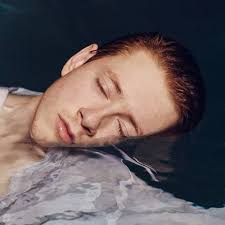 In his newest album, Places, dePresno takes listeners on a journey through his travels, both real and imaginary. Narrated with his signature deep vocals, dePresno relays these places’ stories with the help of folk, country, pop, and R&B musical landscapes. With previous songs characterized by electronic, lively, and embellished sounds, Places reveals a new layer of dePresno by returning to his folk roots, influenced by Bob Dylan, Donovan, and various folk singer/songwriters from his childhood, as well as his recent exposure to country music on his Nashville trip. During this visit, dePresno used the places in the album’s song titles as creative springboards for content and drew from his family’s passion for and experiences with travel.

dePresno’s Places YouTube documentary reveals the stories behind several tracks. After arriving in Nashville, “Alton Towers” was the first song dePresno wrote for this album. Here, dePresno sings about a summer flirt that ends with the other person wanting more. In the documentary, dePresno uses this song to speak on a deep truth: without life’s lows, the highs cannot be appreciated, and the musician confesses that being in a bad place can actually be good for an artist like himself. There’s also “Fernwood Dr.,” the street where dePresno and his team stayed in Nashville. He uses this location to talk about feeling lost and down but still having hope that things will get better.

Other backstories include the more lighthearted “2 AM Club,” which speaks about hanging out in bars late at night and references a club in California where fellow songwriter Henry Brill grew up. The album closes with the epilogue “Bergen, Again.” Being from Bergen himself, dePresno ends the album by bringing listeners home, commenting that while his journey physically comes full circle, he completes it mentally transformed.