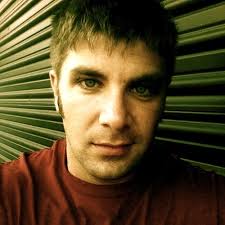 Producer and songwriter Evan Coffman is one of those rare talents than can produce and write authentically in multiple-genres, excelling in Pop, Hip-Hop, Country and Rock.

Evan, an Arkansas native, began his career shortly after he left Arkansas to attend music school in Orlando. He built his own music studio and began work with local and, eventually, national bands including: A Rocket To The Moon, Twenty One Pilots, Versa Emerge, to name just a few. A 2015 move to Nashville proved auspicious. Evan worked with Waterloo Revival where he had considerable success for the songs “Backwood Bump” which was featured during the college football season on ESPN, and “What Guy Wouldn’t” which has garnered over 26 million streams on Spotify to date. The same year he produced and co-wrote “Right Now” for fellow Nashville artist Caroline Kole which would turn into a Top 40 Billboard hit in a collaboration with electronic producer duo VAVO.

Evan’s career also includes two gold record singles, one for “Like We Used To” with A Rocket To The Moon, and “Lovely” with Twenty One Pilots. He has also co-written with Country/Rap artists like Kevin MaC on the single “If Heaven’s Got A Beach” and Colt Ford on the single “My Town”. In 2020 Evan released the holiday inspired record “Joy” with Nashville pop artist, Caroline Kole, whom he also co-wrote and produced the song “Faking It” which was released on her 2020 album ‘I’m A Bad Actress: A Collection’.

Listen to some of Evan’s work here: