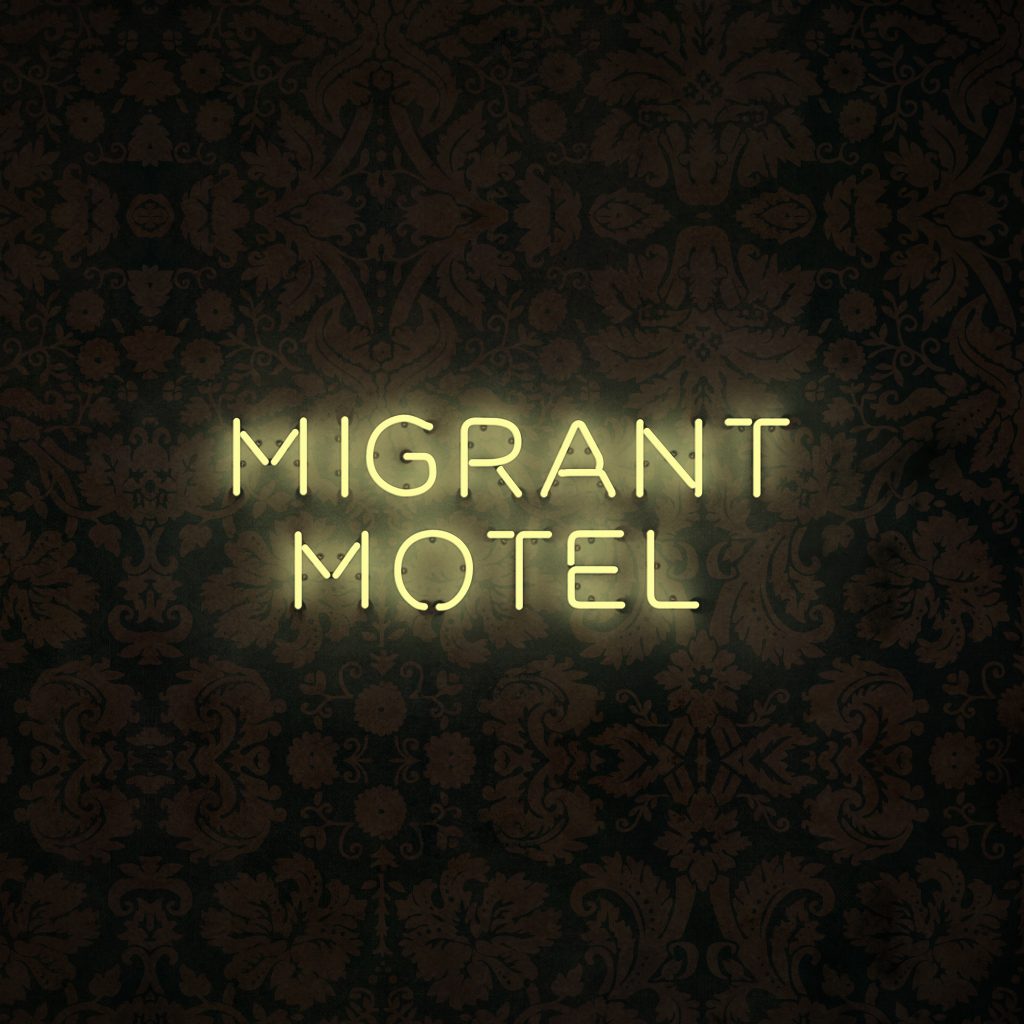 Migrant Motel, the rock & roll power duo composed of David Stewart Jr, the US-raised/Peruvian-born frontman (vocals, bass, guitar) and Chava from Mexico (drums, live loops), rocked Boston for five years before moving to Los Angeles in the summer of 2017. The international collective has achieved an enormously unique sound, a middle child between Royal Blood’s raw and powerful set and 21 Pilot’s smoke & mirrors, both in the studio and in a live setting. Their first ever album, in collaboration with Norwegian producer Peder Etholm Idsoe, “Volume One” has been hailed as “a cross between Lenny Kravitz and Prince… Emotive, sexy and cleverly written”, and the single “New Religion” was featured on six Official Spotify Playlists and reached over 600k streams.

Their latest release, “Sweat”, produced by Peder Etholm Idsoe, was released the Summer of 2021 just before they hit the stage at Lollapalooza in Chicago where they performed on both the Toyota Music Den and BMI stages. Their songs driven with powerful melodies, fun and magnetic bass riffs, and super sexy energy exuded by David Stewart Jr´s unique voice along with drummer Chava´s “hit the spot” grooves got crowds on their feet and hands in the air! Under the terms of the deal, Angry Mob will provide publishing administration and synch services, as well as creative production consulting for Migrant Motel’s writer-producers.