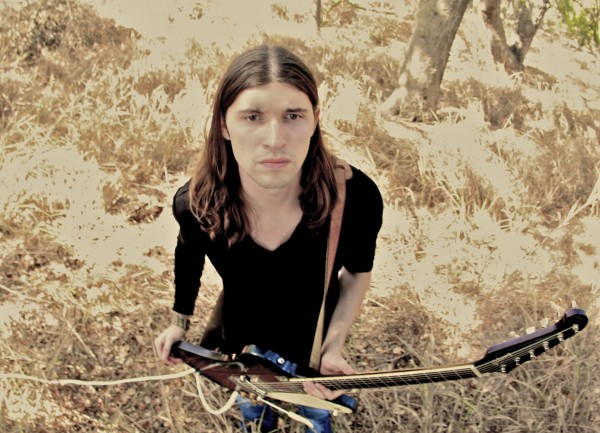 Trevor Menear dropped out of the sky in 2007 making his first appearance on Yoko Ono and Warner Bros. Records joint effort Instant Karma: The Amnesty International Campaign to Save Darfur.  Alongside 50 other artists which included Willie Nelson, Ben Harper, Regina Spector, Jakob Dylan, The Cure, Jackson Brown and U2; The 22 year old Chicagoan recorded his version of Lennon’s “John Sinclair” with an antique record lathe, cutting directly into a vinyl acetate.  This raw introduction was more than enough to set him apart from the rest of the cast, foreshadowing the classic roots inspired nexus of his writing. His debut Introducing Trevor Menear released under indie label Shangri-La, reveals an accessible blues-pop hybrid. His expressive voice bolstered by his plaintive, nuanced guitar work, immediately conjures up images of Duane Allman and Jimi Hendrix.  Following with the independently released EP Boots For Alice, Menear’s music continues to span an eclectic range that gains him notoriety among heritage jam fans, art-loft acidheads and many others in between. His sophomore LP Some Kind Of Sunshine showcases the same raw blues based formula along with many new sources of inspiration–resulting in an album that one reviewer described as “a blues bomb, a face shredder, a tear trigger, and a heart pumper.”