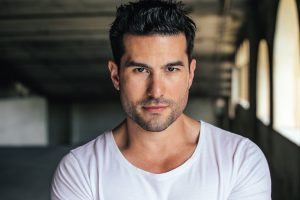 Daniel is an accomplished singer and songwriter and has written for and worked with artists and bands such as Tonic, Lifehouse, Maxwell, Pink, Pitbull, Chris Brown, and Boyz II Men. He works in both Nashville and Los Angeles alongside various producers such as Emile Ghantous of the Insomniax, The Cartoons (Charlie Wilson), and Philip Arron (Pink, Mary J. Blige). Daniel is also the paternal nephew of Lee Ving, infamous lead singer and creator of the punk rock band, Fear. Capellaro has composed songs for Pitbull’s “Hope We Meet Again” off Pitbull’s platinum album, Global Warming, featuring Chris Brown, and Boyz II Men’s “As Long As I’m With You” off their album, Collide.

Daniel’s side projects include Chasing Trains, which launched in early 2018, featuring music inspired by a blend of country pop and R&B/funk/rock. In addition to Chasing Trains, Capellaro teamed up with producer Steve Horner to  record songs for what would become RedBoi, an expreimental rock/industrial project. In early 2020 Redboi released the anticipated ‘Imposter’ EP.

In mid 2019 Capellaro began a new artist project titled DVNIEL. Since then he’s released multiple singles including “Lie To Me” which he co-wrote with Swedish producer Max Billions. Soon after, he collaborated with the LA based production duo Schmarx & Savvy to write the EDM inspired remix of “Starlight”. He went on the release several more collaborations before the end of 2019 including cuts with songwriters such as Willie Jones, Shannon LaBrie, Nikita Karmen and Anna Schultz.

In Spring of 2020 he released “Forget About You” which was written with fellow Angry Mob writer Isaiah Blas followed quickly by a  collaboration with DJ Jovani  on the single “Half Life” which was released in early March 2020. Daniel then went on to release a slew of new singles including his Summer anthem “Pink Lemonade”. Which was then remixed and released by three different artists including ANG, POPOFF and Schmarx & Savvy. By the end of Summer 2020 Daniel (DVNIEL) had released two more singles including the funky sounding “Electric Currents” and the R&B inspired “Bad Girl” which is part of his “Nightside” (Side A) EP released in November 2020. Other recent highlights include his single “Hanging On” which he collaborated with German producers and DJ’s AMIICCA, Uwe Worlitzer, and C-Ro. This synth heavy, house inspired tune features classical instruments and Daniel’s heavy vocals, creating a sound reminiscent of the Berlin house music club scene.

Listen to the latest songs by DVNIEL here: