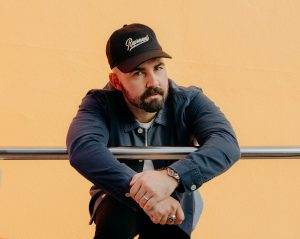 BLNDSIDE is the Hip-Hop artist project from producer Ozzie Rodgers. The debut album, No Fear, was released in January 2021 and features hip hop artists: Easy McCoy, JR Jones, and Stylo Beddoe. The second EP, Bown Down, was released in July of 2021 and features some of hip hop’s rising female stars: Reverie, Gavlyn, and Jade Amar. Both albums were produced by Sean Harrison, Sr. Director/Synch Advertising at Angry Mob Music.

Musically, their songs revolve around guitar-driven & electronic-infused hip hop with lyrics about fearlessness, bringing your A-game and themes of an uprising that dive deep into the heart of social change.

Ozzie Rodgers is an award-winning composer, producer and artist based in London whose music has been featured in Film & TV, Video Games and numerous advertising campaigns for brands such as Samsung, Peugeot, Sainsbury’s, Vauxhall and Panasonic to name but a few.

Listen to Bow Down here: