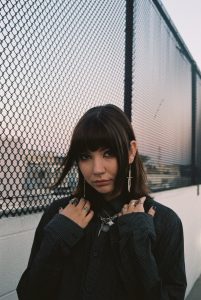 KiNG MALA is the moniker of El Paso born, Los Angeles based alternative soul artist Areli Castro. Touching on themes such as lust, recklessness and badass femininity, KiNG MALA isn’t afraid to spill her guts. Setting out with the intention to create brave and unapologetic music, the bold and brazen artist is delivering her own distinct sound, just the way she wants it. She shares, “Thats really the inspiration for the name KiNG MALA, king cuz fuck being someone’s queen, and Mala literally means “bad bitch” in Spanish.”

KiNG MALA doesn’t hesitate in spilling her feelings. Her music narrates letting go of fear, being honest with yourself and those around you and ultimately living your truest self. Life is messy and we shouldn’t feel ashamed to show our emotions and speak our mind.

Her latest single “She Calls Me Daddy” oozes with sass and power, with the songwriter claiming her sexuality and putting expectant men in their place. The song narrates her experience of men trying to steal her girl right in front of her eyes. KiNG MALA describes this as “a sucky reality of being in a queer relationship.” Eliciting both a gentleness and fierceness, KiNG MALA uses darker themes, turning them into lighter toned songs and taking some of the weight off of the troubles of life. Some have described KiNG MALA’s style of music and lyricism to that of alt-pop icons, Billie Eilish and Upsahl.