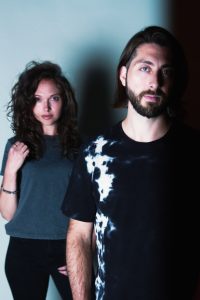 As artists, they’ve released 6 songs 3 remixes to date, including their song “Somebody Real”, which has over 2.5M streams across platforms. Additionally, they have amassed over 30M streams on Spotify alone from their cuts as writers.

Some of their credits include: “Cinema” by Oddkidout feat. Marlhy, “Would U” by Dirty Audio feat. Marlhy, “Obsession” by Zookëper, “Tokyo” by 3LAU feat. Xira (#1 song on Sirius BPM, released on AnjunaBeats), “Touch” by 3LAU feat. Carly Paige (#1 on iTunes Electronic Charts), “You Still Think Of Me” by Jordin Sparks, “Clouds” by Slayyyter (Fader), ‘’Waiting All Night’’ by Sikdope, “Used 2 You” by OddKidOut, and “Again” by Thandi Phoenix (Neon Records).

Their music has been featured on Netflix, Bravo, MTV, and Amazon Prime.

Be on the lookout for new releases including their debut EP, as well as cuts with Tritonal, Hook N Sling, NGHTMRE, Duke & Jones, and 3LAU.